My daughter received an early Christmas present from her Nooka, gymnastic classes!

She enjoyed practically every aspect of these classes, well except for the uneven bars but I don't blame her one bit there. She talked about the balance beam a couple times and all I could think was, well that's something easy I can make and do so for under $22.

After some initial research on official sizes of balance beams I decided to shorten the 16 footer and do a short 8' practice beam and have it sit about 7" off the floor.

I started with 3 pine 2x4's that I sanded down to reduce the overall thickness (was shooting for a 4" wide beam) and to round over the edges. I then glued and screwed the 2x's together. I left (2) 3 1/2" gaps at either end to receive the removable 2x4 feet. 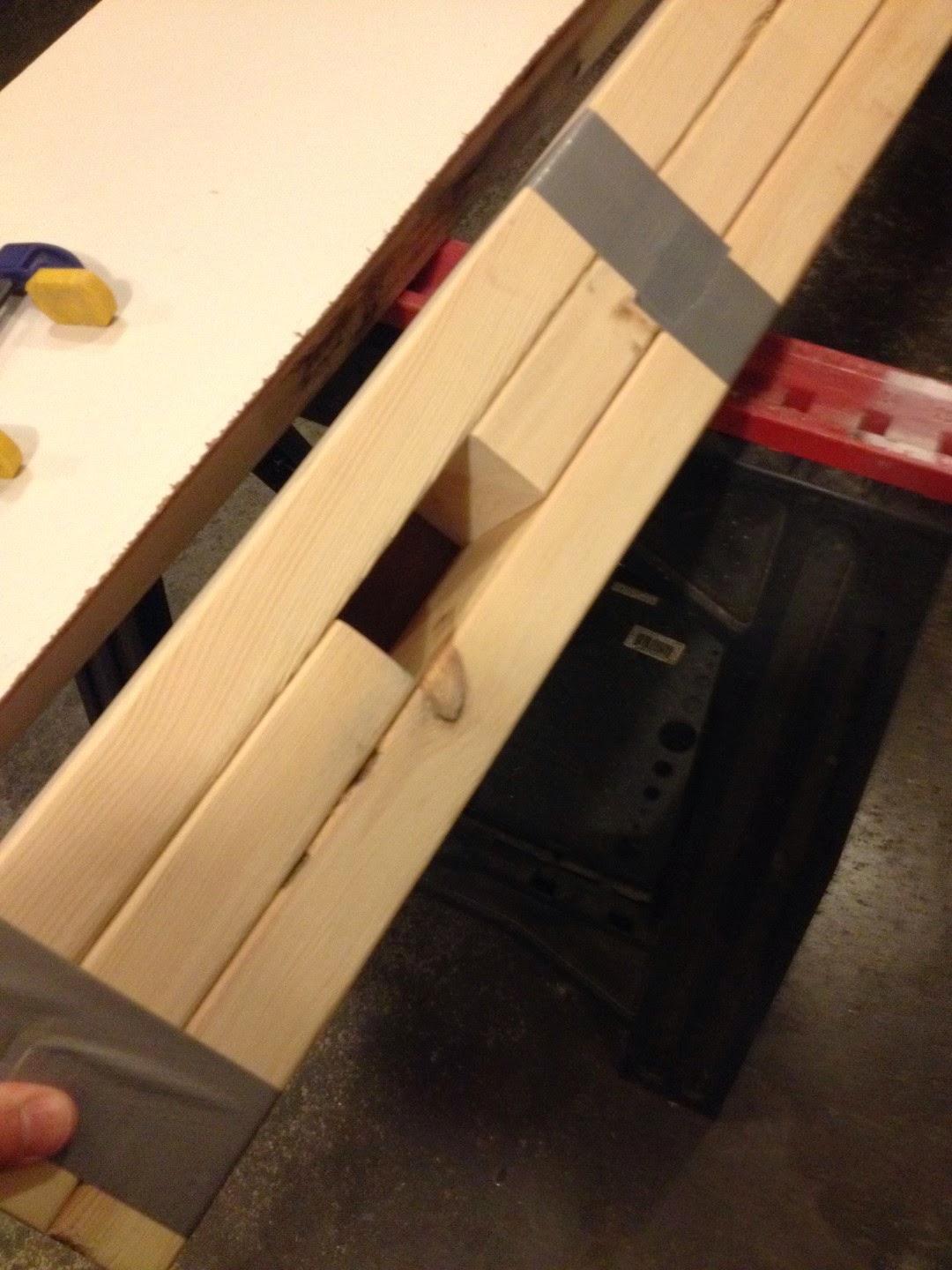 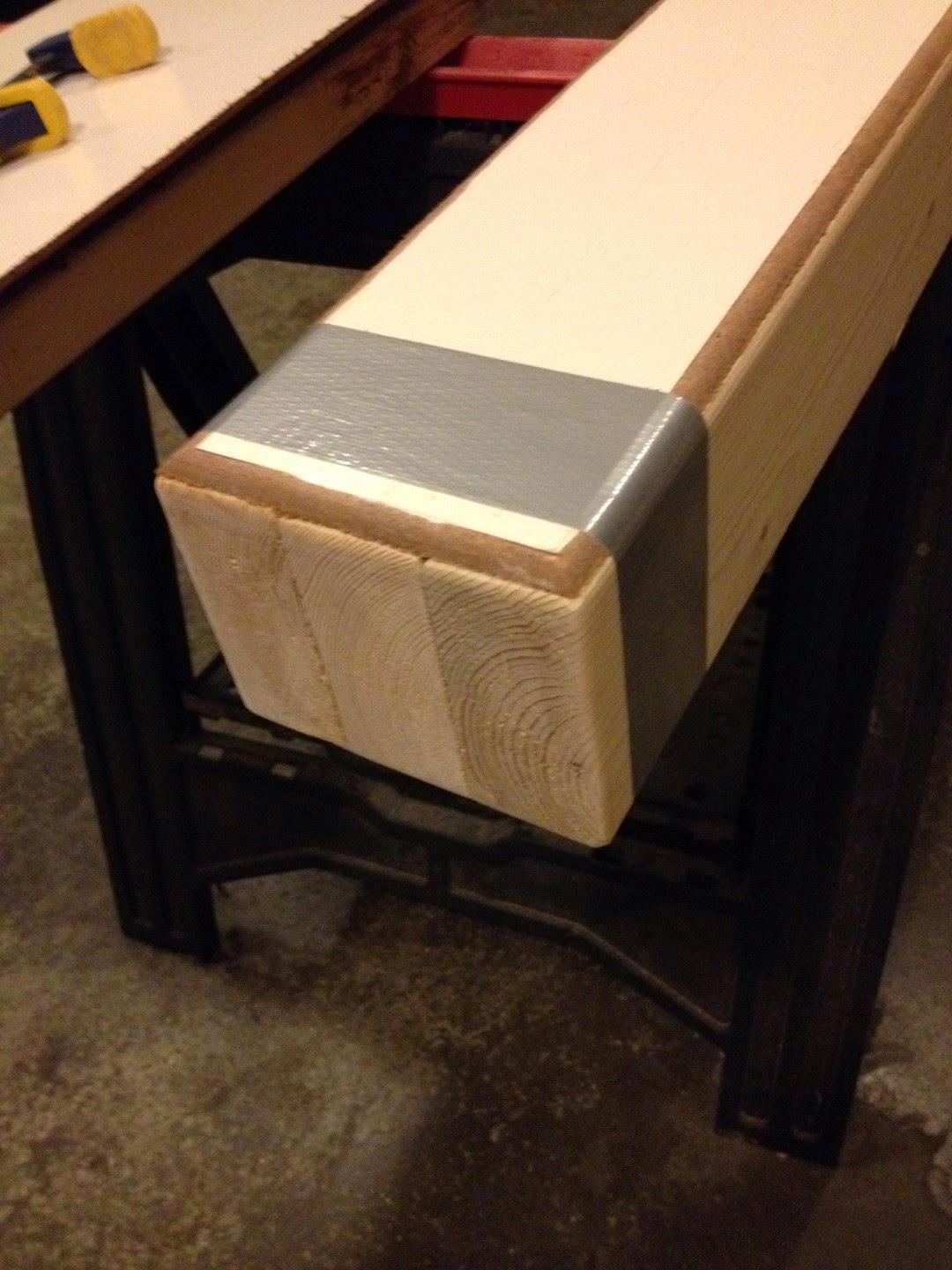 I didn't know if there would be potential for toe pinching as the boards may move over time so I taped a thin board on the top side. 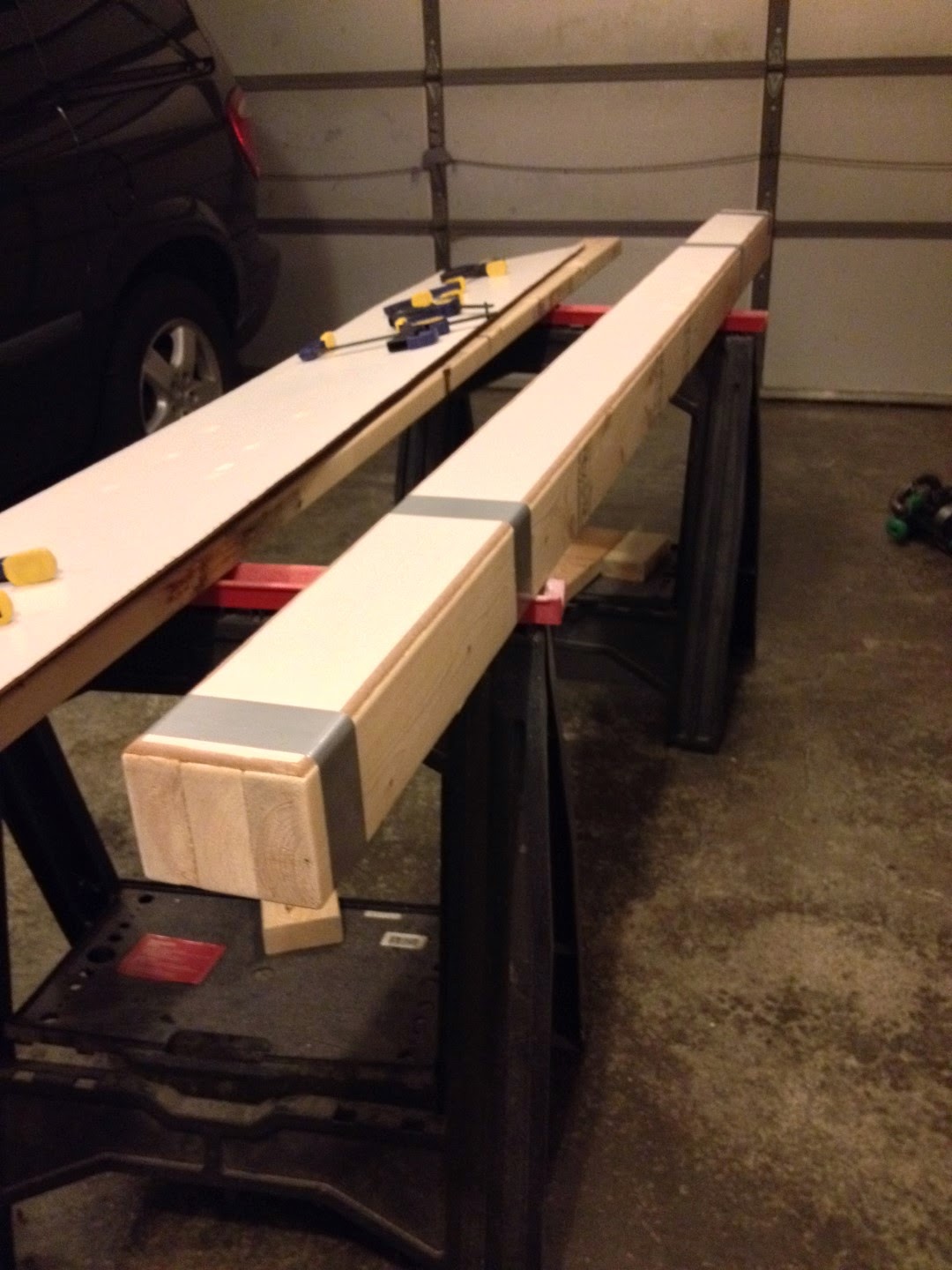 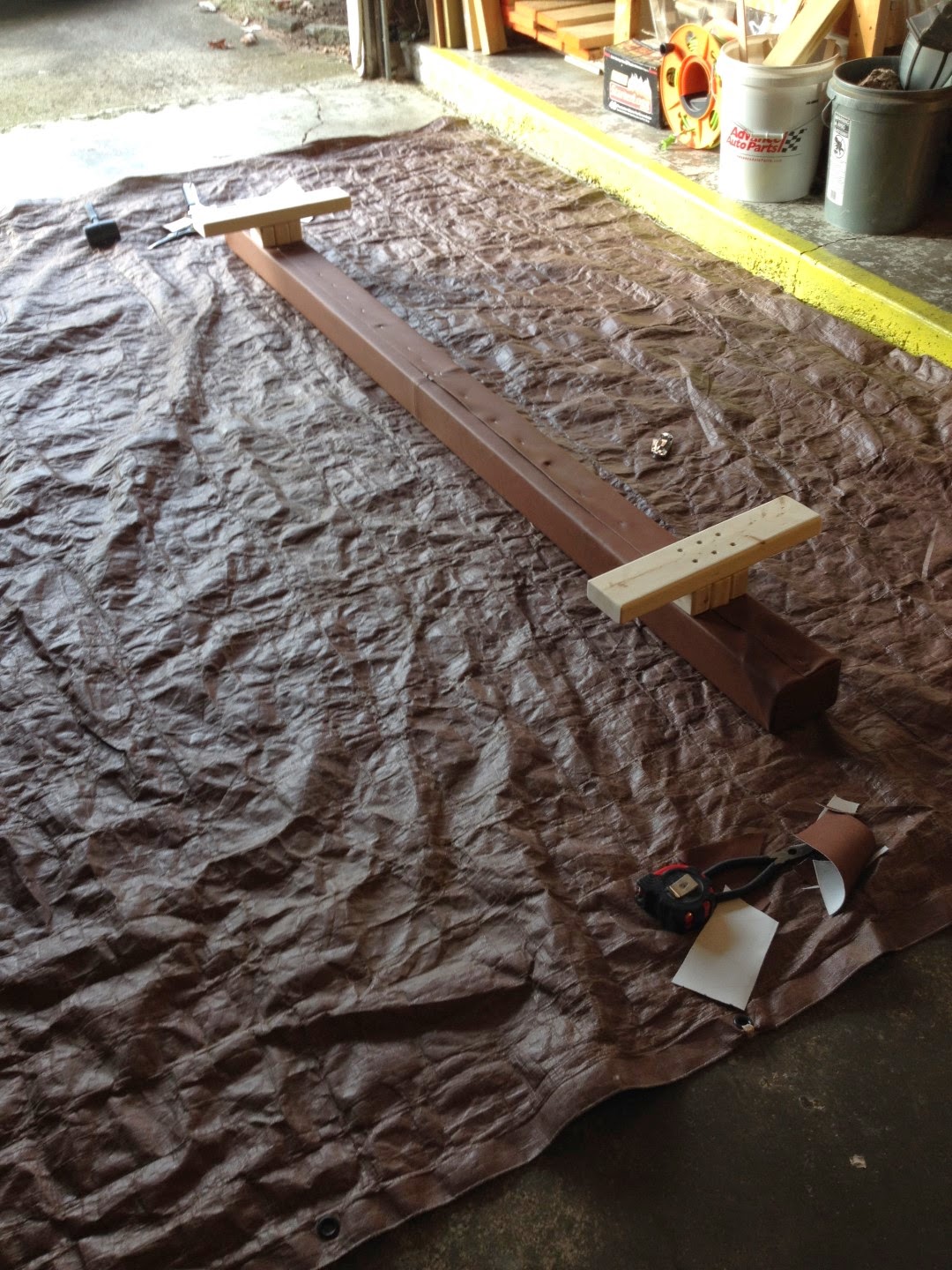 I went to the fabric store during a 50% off upholstery vinyl. Fabric generally comes in 54" wide so I had to stitch the two halves together on my sewing machine. It flattened out well once it was pulled tight. The trickiest part was how to fold heavy fabric at the ends and not look horrible. It took several tries to find the best solution. I started installing the fabric in the center and used a hammer stapler to tack it to the wood. I then pulled it tight lengthwise and temporarily stapled the ends before wrapping the rest of the beam. 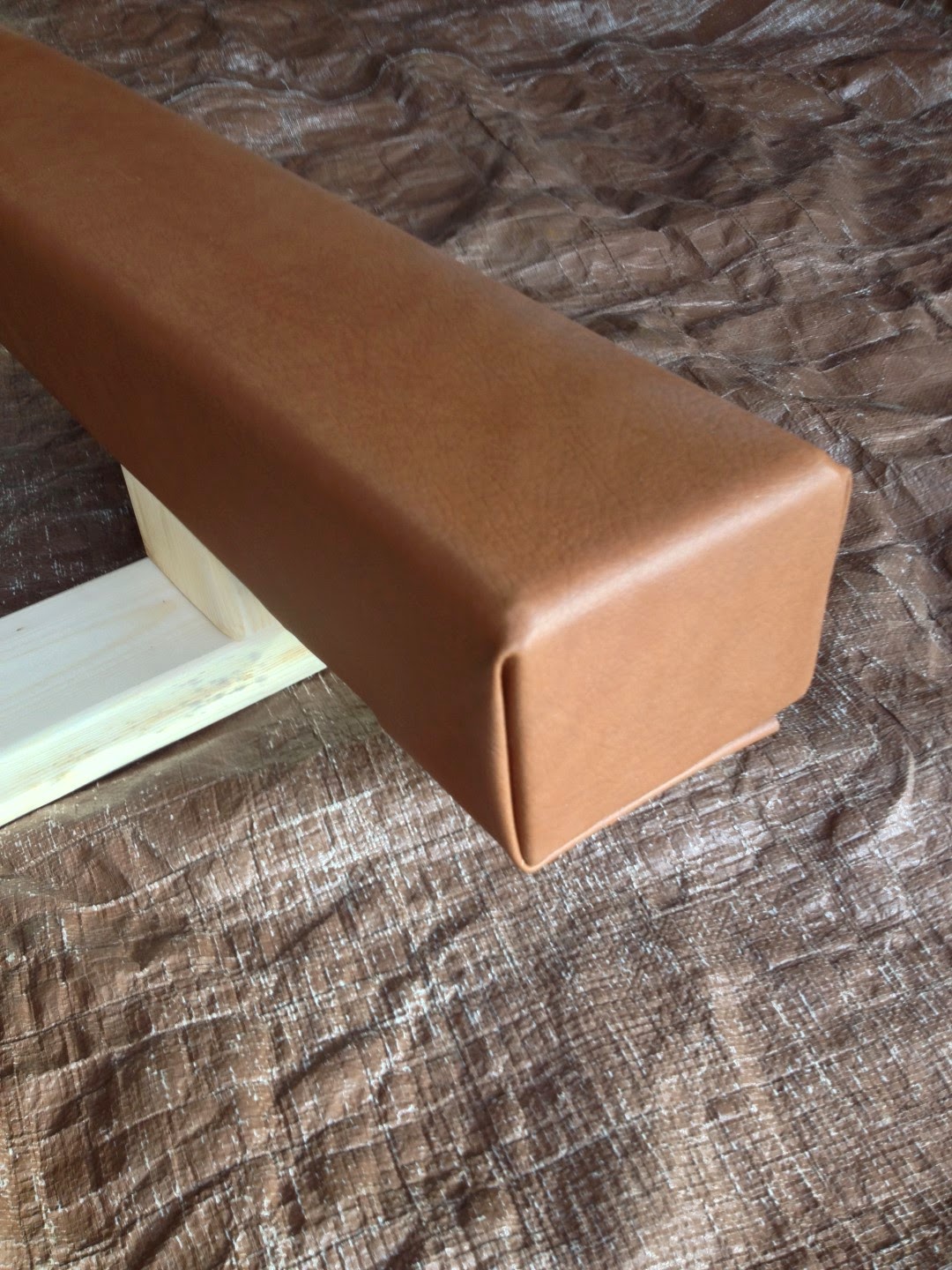 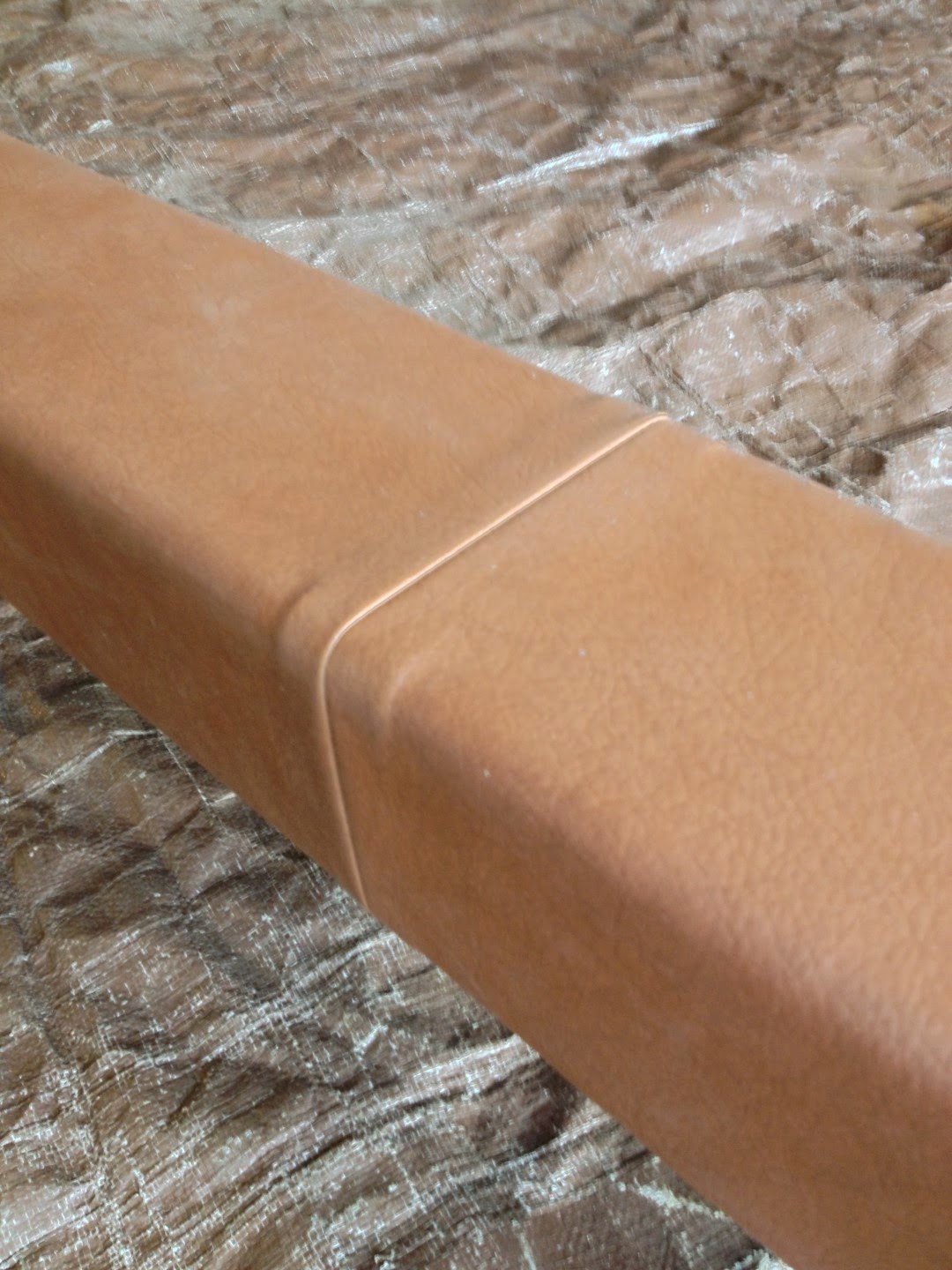 It turned out a lot better than I thought it would and both my daughter and her younger brother loved playing on it... even if were used for non-gymnastic things. 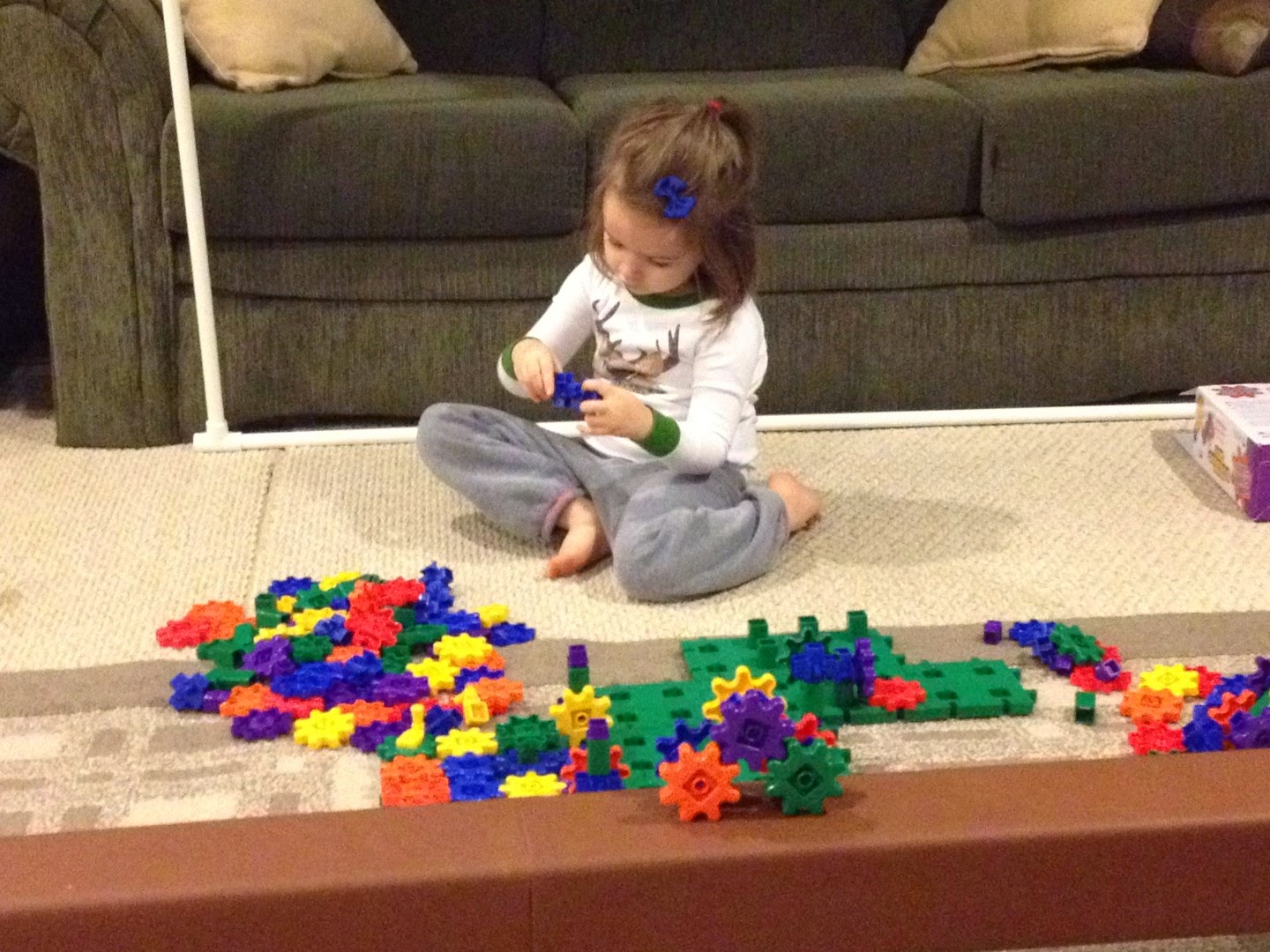