A couple years ago my family started drawing names for a Christmas gift exchange. The only rule was it had to be homemade. This is one I made last year and forgot to hit the Publish button on.

In 2013 there was a series of strong winds that swept across the mid-west and some of those 60+mph gusts found their way out to the countryside where Sue lives and unfortunately met up with a majestic maple tree adjacent to her house. This tree had been there for a very long time and stood strong against the winds but in the end lost a large branch that leaned over the driveway. 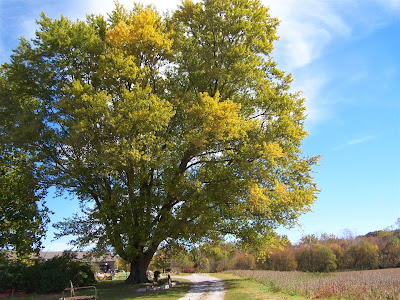 As I had been thinking of doing some woodworking for some Christmas gifts only to find the high cost of hardwood I wondered if there was an opportunity to use some of the downed branches. If only I had equipment to mill it. 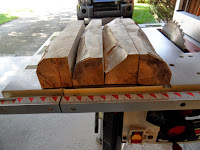 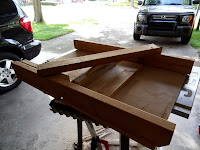 OK, So I decided to go for it. They cut off a couple segments of straight branches (about 8" diameter) with a chainsaw and I went to work. Not having proper equipment was quite the challenge but made the entire endeavor that much more rewarding. I took the bark off and squared up the outside of the logs with my hatchet and hammer. Then I created a somewhat safe jig on my table saw to hold the wood as I cut it. The end result was 4 quarters that had at least (1) flat side.

Once the quarters were made I modified my table saw's cross-cut sled by adding a makeshift, somewhat safe jig to hold the wood in place as I sliced off 1" thick pieces. At this point at least (3) sides were flat. 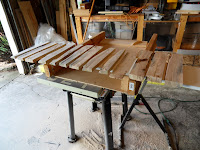 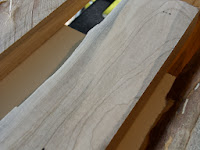 I was pleased with how the pieces turned out and even sanded a few boards to expose the final grain/color. 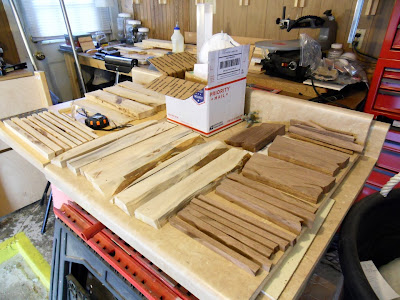 As I readied the boards I began to think about the second part of the project. I wanted to take a photo of the maple tree and somehow transfer it or the likeness to the final piece. I decided to try a process that involves printing an image (after it has been mirrored) to common paper via a laser printer. It must be a laser printer that uses toner in lieu of an inkjet printer. The next step is to use a gel medium. I recommend a matte finish and one that offers the best transparent finish.

Since I was going for a smaller image on a larger board I carefully cut around the image leaving a thin white border. I then brushed a thick coat of gel onto the printed side of the image and place it on the boards. Use something like a credit card to squeegee the paper to remove excess gel. Do not make too many passes as the paper will become wet and may bunch/wrinkle.  Once the gel had dried the next step involves getting your finger wet and slowly making small circular motions on the back of the paper. Essentially you are removing the paper a little at a time. The toner will remain on the gel which will stick to the surface of your project. 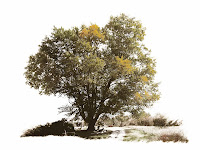 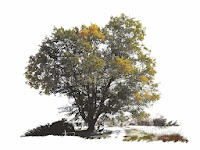 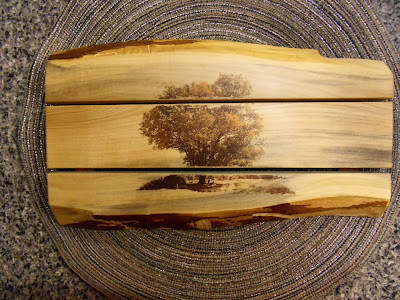 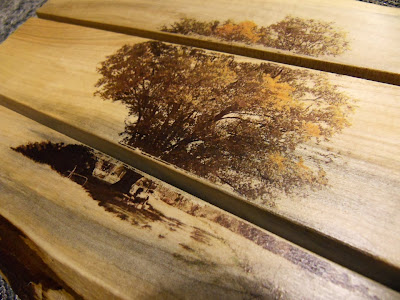 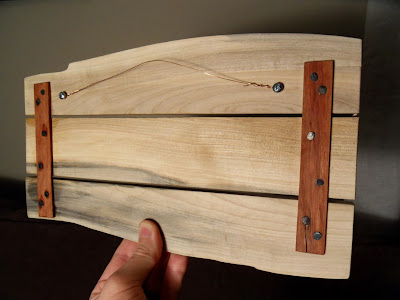