Everyone loves a good trebuchet.

A trebuchet is an elegant form that demonstrate basic physics using simple mechanics to launch things across the sky on a path to blow things apart. 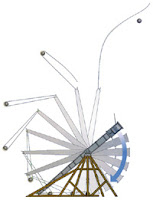 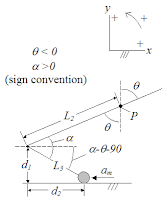 Twelve years ago my roommate Matt and I built  a trebuchet in the college apartments. My first (and until now only) trebuchet was built to wreak havoc using a Kinex frame with counterweights that included pieces of lead, a pair of pliers and a can of tuna.

After finding a Poke-ay-man character in a box of pop tarts, he was proclaimed to be "Clancy" and we attempted to launch him into low earth orbit.

Long story short:
1. Dang I was cool back in college
2. Clancy flew just shy of the length of our apartment and failed to reach L.E.O.
3. I knew this wouldn't be my only trebuchet build.

On a whim I decided to try to build a desktop trebuchet from scrap in my garage. I searched the web over for plans finding nothing that looked authentic, just 2x4's precariously thrown together in an unsightly manner. But then I found this site that talks about the largest trebuchet located at Warwick castle. The site mentioned the trebuchet was reconstructed from 13th century notes and drawings which sounded right up my alley. I decided to do my best to scale this down to a 5" tall frame. 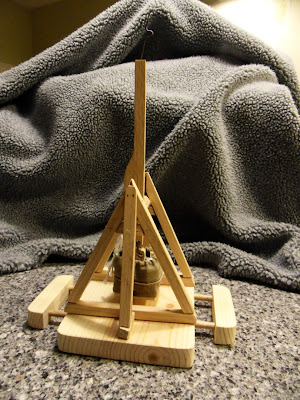 I definitely didn't know what to expect with this drastic shrinking of the worlds largest trebuchet down to a toy sized version. I've been told physics/gravity/etc don't scale in expected ways. These people seem quite a bit smarter than myself so I took their word on it. I told myself if I could throw something 4-5 feet I'd be happy. After hours of tweaking I would later find myself hitting 10'-10" consistently and was very pleased with the results.

I built, disassembled, and reconstructed most of this model 2-3 times trying to get the right balance in height/base/counter weight/arm length/rope length/weight of projectile/release mechanism that lets the rope fly.....etc, etc. This was the funnest part just working with so many variables and trying to find patterns and make changes to gain an extra couple inches. 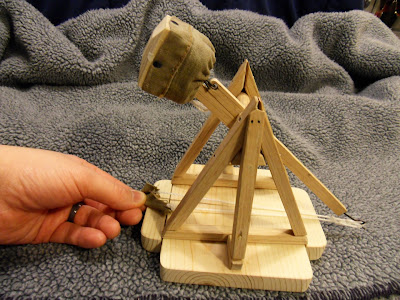 In the image above you can see the satchel w/ projectile pulled back and the counter-weight has been lifted. After a dozen alternative designs I found it slightly better to keep the counterweight extended beyond the end of the arm instead of hanging down. Instead of permanently affixing the weight in this position I worked in an idea I had toward the end of the build to help slow the pendulum down quicker (and reduce the base movement). As the weight moves forward past center I allow it to move and "hang" from the end of the arm. This results in a quicker stop which allows the troops to quickly and safely reload and fire again. 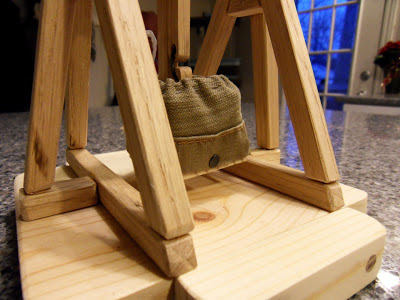 For the counterweight base I created a wood platform and tacked a fabric bag around it to hold anything you might have laying around. I did the stitching myself and even made a drawstring to draw it up tight which was quite the accomplishment for me in itself. 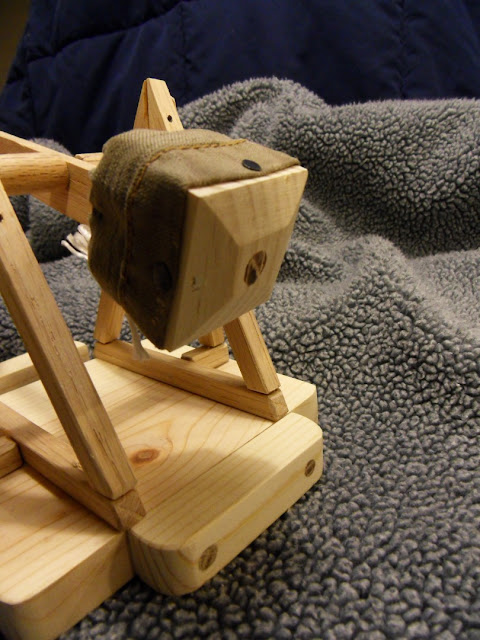 Looking at the bottom of the base you can see countersunk holes for the screws that hold everything together. You can also see 2 outriggers to help keep the machine stable when working with heavier weights. Any movement in the trebuchet translates to lost energy and less powerful attacks against the castle walls. 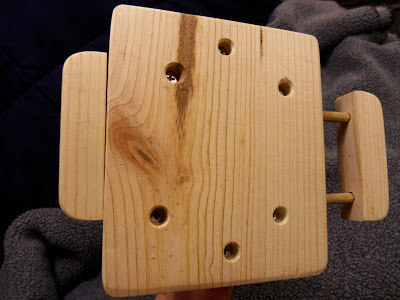 I decided to try a few options for rope/satchel combination. My favorite was a quick reloading washer on a string with slip knots. These come in various sizes and due to the simplicity they offer consistent results. 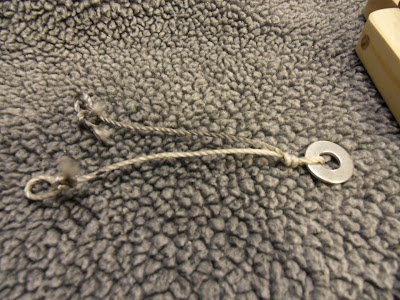 I seemed to do my fair share of blending shapes in this project for some reason. eg. Take a round dowel and shape the end to a triangle / square or take a square piece and shape it to a round end. I also tried to make as many connections with wood pegs in lieu of nails/glue/etc. While it wasn't perfect it did help add to the look of the design. 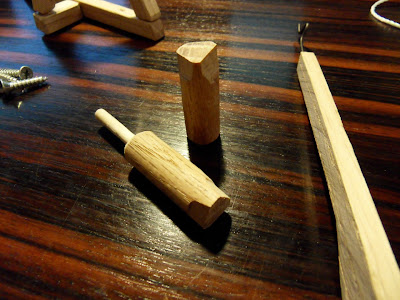 Not bad for my first prototype. I say prototype because I feel this is only the start of something bigger.

I ended up building a cardboard box that could hopefully take the abuse of the postal service, carefully packaged the contents, and sent it off to my ol' college roommate. Hope he can get at least a few minutes of entertainment out of it! 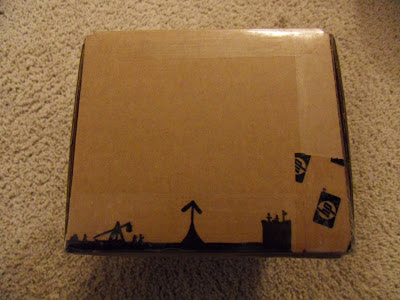