Lay of the Land
After the little incident with an abyss I've decided to take a more cautious approach to the build. I will now plan and layout all of Hobbiton to limit the amount of future headaches.  Then I will slowly layer detail over the land and buildings bringing them up to the same level of detail at the same time. I still expect to have to occasionally tear down and move some smials and trees along the way but I'll try to limit the amount of work.

Paths and Boundaries  - "The road goes ever on and on"
I moved forward by 'sketching' onto the terrain some general paths and landmarks. I would continue to use the same 10x10 grid I had established earlier to assist me. Most of this work will be done prior to adding too much topography. Moving a path is one thing but moving a hill is another. 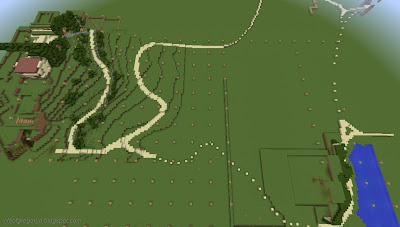 Not yet knowing how to control the time of day I made my 10x10 grid out of glowstones to work through the night.

Across The Water - appx 1 mile.
I re-sized the Bywater Pond a few times trying to find a good scale. I plan on over sizing the Green Dragon a bit and thought that by increasing the size of the pond it would help downplay its scale in comparison to the small hobbit holes across the pond.

Inside, Outside, Hobbit hole
Once I had general layout I started mocking up some smials. First I took on Bagshot Row, then the Poolside Smials, and a few under The Hill.

Again, I want each Hobbit hole to be represented as a space one can enter and move about in so I have to tweak a few things to make movie magic buildable.

Cartography
As the world grew it became challenging to get an overall sense of the project. I would conduct overhead shots at first. 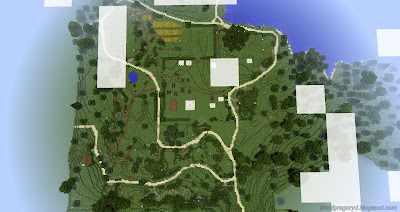 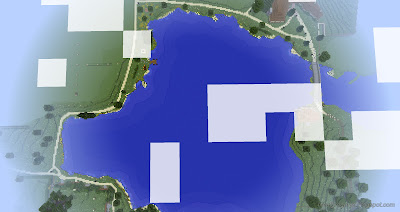 After a while I needed something better. Enter the Map Room.

The map room was built in Bag End v1.0 and consisted of a giant map That I would update as needed. I experimented with lighting and was pleased to find that when you build a wall of glowstones you can then place framed maps of Hobbiton over them for a back-lit map. Not too shabby. 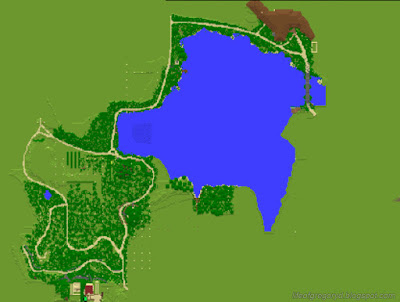 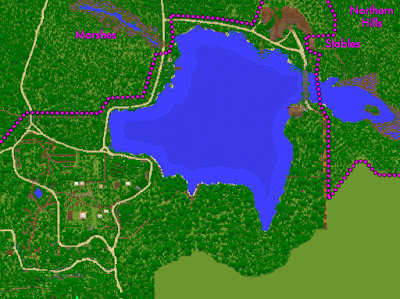 A few months later I stumbled upon command blocks and built 6 teleporters, 1 weather changer, and 1 time of day changer into the Map Room Control Room. 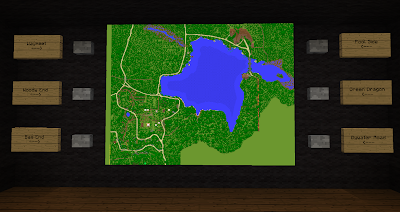 I even concealed some command blocks and pressure plates on the tops of a few key trees to return to the Command Room when I needed to. 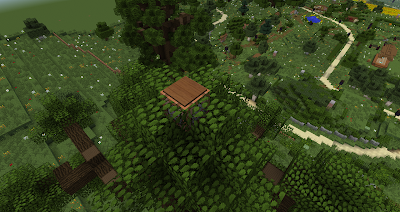 I planted most of my trees but for the more prominent ones I built those by hand. With trees and vegetation coming in next it is beginning to look like a proper place for a Hobbit. 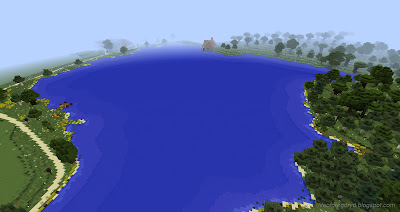 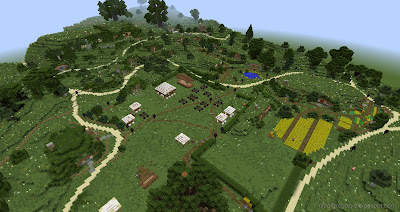 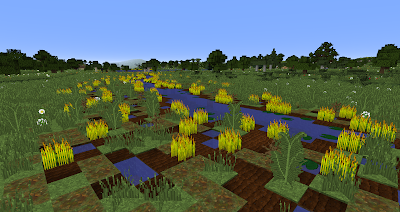 " But where our hearts truly lie is in peace, and quiet, and good tilled earth. For all hobbits share a love of thing that grow. And yes, no doubt to others our ways seem quaint." Bilbo (Tolkien)

The next post will kick-off the official tour of Hobbiton starting with Bywater Road, Sandyman's Mill, Bywater Bridge, The Green Dragon, and Mill Run. Here you will see how the model has developed over the last 12 months.