For a Christmas present for my 1 year old daughter I decided to make her a height chart. I thought having something that could be removable would come in handy if it had to change location or if we ever moved for some reason. We ended up mounting it to a short wall between nursery and her future big girl room. My main goal was to keep it super simple and super cheap. 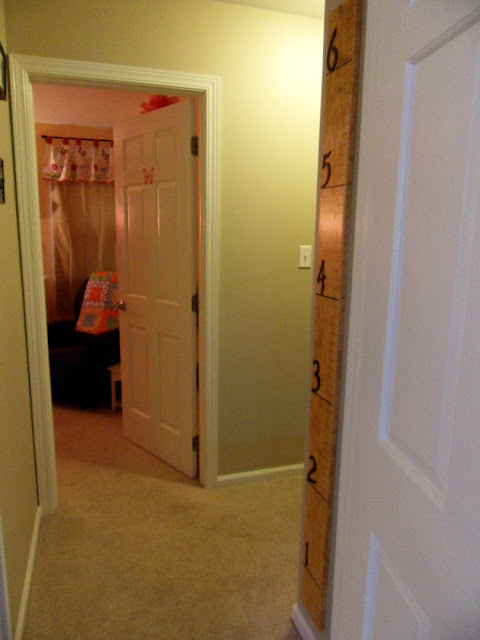 The chart is a 1x6x6 stood on end. I ran a router along the edge with a round over bit to knock down any sharp edges. I then penciled in the inch marks before staining. Once the board was dry I put a couple layers of urethane on the board to build up the finish. I then took a sharpie to the inch marks. With a couple layers of urethane under it the lines floated a bit over the board. It also kept the sharpie from bleeding out into the wood where the lines wouldn't have been as crisp. The foot marks were sharpie as well but maybe 8 lines drawn in parallel. I put a couple more layers of urethane on it to preserve the markings. 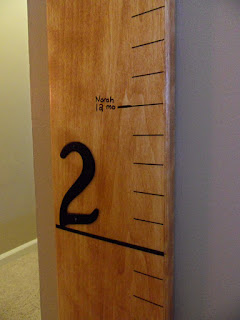 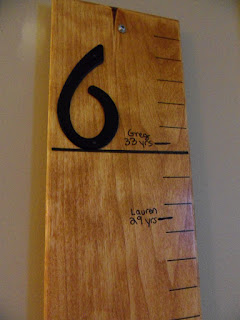 To keep it easy to update we decided to just hand write the heights with sharpie since it took so nicely to the urethane. Since these markings are on top of the urethane I think it might be possible to remove the sharpie if we ever were to make a mistake. I've used hair spray and rubbing alcohol to do this before so it should work here too.

It wouldn't be a height chart unless mom and dad had their mark on it as well. It's good to see that I'm still hanging on to that 6' mark! 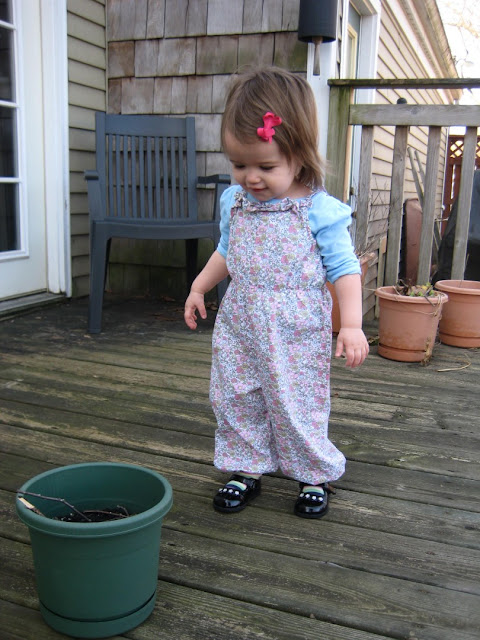 Now to just find some way to keep her from growing up so fast!
HP 150W