This is a short story about how I salvaged some Maple from and old tree, violated at least 20 woodworking safety rules, and made 2 small pens. 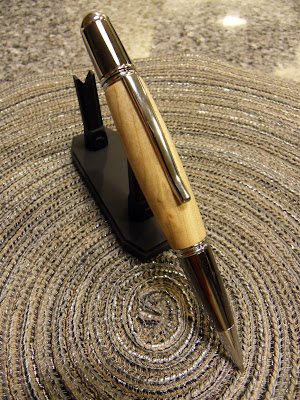 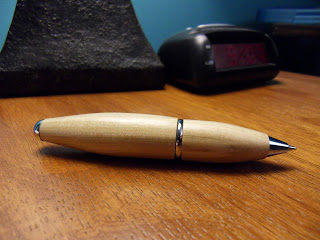 As with another one of my other projects the wood came from some large branches from this tree. A strong storm came by snapping the main branch over the driveway. I had enough lumber already stock piled for years of small projects but I couldn't stand by and watch a large part of this amazing tree just go to a bon fire. So I "milled" my first bit of lumber. 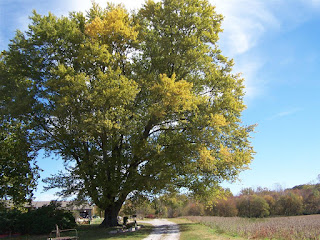 I took various cuts of some of the smaller branches and let them dry in my garage for quite some time. I then tried some unusual methods to convert that log into some fine woodworking piece. 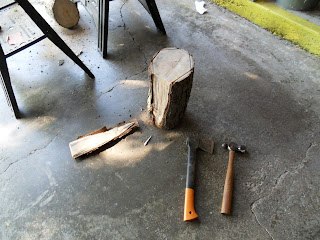 I won't tell you the specifics on how I was able to split the log in half so cleanly but since I didn't have a band saw handy it involved a homemade jig and a table saw set to the "dangerous" setting. 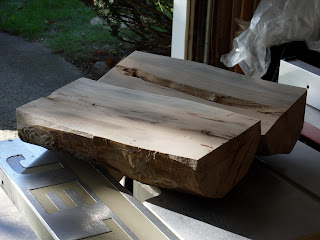 As I was able to start to square off the edges it became easier to work with. And once I hit it with some sandpaper I could see some of the color and texture pop out. 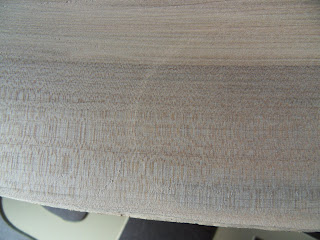 I continued to run it through the table saw until I had made some small 'blanks' and prepped them to be turned. I decided to do a similar exercise on a walnut branch that was given to me as well. 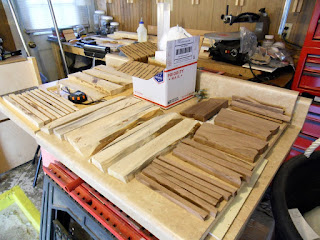 So a proper woodworker would turn a pen on a lathe. The problem was I didn't have a lathe so I had to do some online researching. Eventually I was able to find these mandrels that could potentially be used in my drill press. Not the best idea but for a couple small pens I think it should be fine. Right? 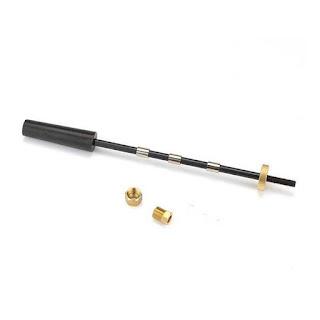 My greatest fear in using this makeshift lathe setup (aside from losing a finger) was putting my drill press under unusual stress. The mandrel became a sort of lever that whenever I would press on the far end I could see it move which meant it was potentially twisting the drill itself.

What did I use to take away the wood one may ask. Whatever I could find. Rasps, bastard files, other dangerous tools you should have anywhere around fast rotating blocks of wood. I wore thick leather gloves and kept a tight grip on everything... just in case.

Before I knew it I had turned myself 2 pieces to use for my pen sets. I sanded down as fine as I could and then coated each piece with a double layer coat of super glue. Yea, it actually works well as a finish. While it worked pretty well I really doubt I'll be making things in this manner moving forward. A woodworker can only be so lucky.