Another unusual sewing project my daughter and I worked on for her cousin. We really winged this one without any proper templates or planning. We started by going to the fabric store to find some nice brown fleece. Then we cut it up into 4 equal sizes and then drew a shape of what we thought 1/4 of a football would look like on the backs. 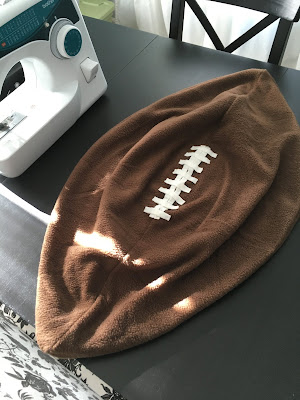 We sewed everything together from the inside leaving a small opening at one end that I would hand sew at a later time. I then hand sewed the white laces into place which was some left over white fleece I found. Then my helper proceeded to stuff nearly 2 bags of poly-fill into the football! 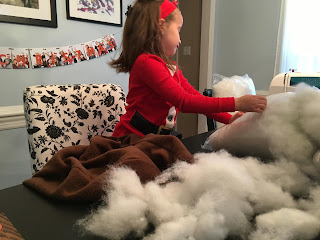 Putting a proper point at the ends. 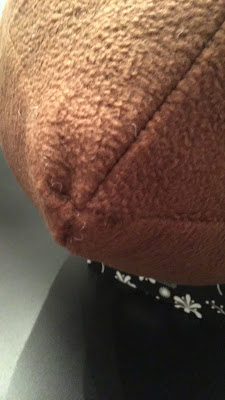 The football ended up a lot 'fatter' that we were thinking but the precision was easily overlooked given 1. It's immense size  2. It was soft and squishy. 3. It was incredibly fun to play catch with. 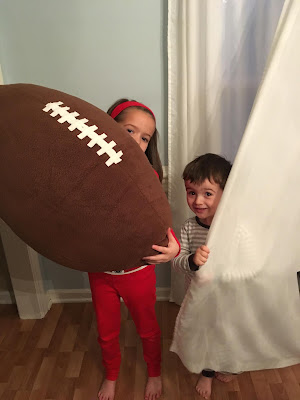