While I was thinking of the design I had to do some exploration as to what the electronics would look like and how much space they would take up. I ordered a number of parts online and began my deep dive exploration into exciting things like Ohm's Law. 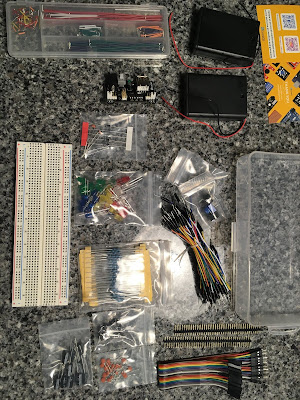 It is amazing how excited one can get by simply getting a single LED to glow on the breadboard for the first time. The possibilities were endless! 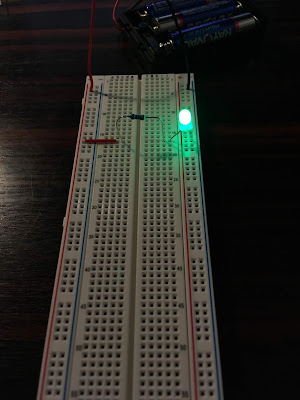 Being my first build I wanted to keep it as safe as possible so it obviously went the route of battery powered. To save my sister the trouble of buying hundreds of batteries to power it I dug around for a 'Timer' to turn it off after a while and a momentary switch to activate it. After a couple days of searching for the wrong things I learned about the ol' 555 chip and ordered a few. These things are very versatile!

As I started mocking up a small working version I tried keeping track of all of the forward voltages, resistance, battery life, etc and then put it into a working excel file to allow me to run a few scenarios without mocking it up on the breadboard. This would prove to be not entirely accurate since I would eventually learn that the size/quantity of wires used would throw off the resistance significantly. 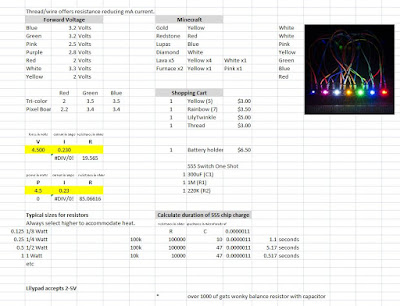 I even tried various app calculators, mock up software. Which turned out to be a good thing because I ruined a lot of virtual components in this process of discovery! 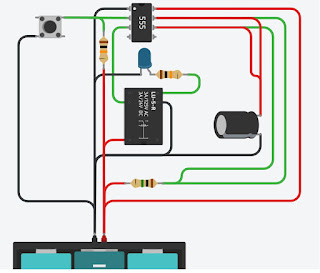 It took as much trial and error as it did planning but in the end I did get it all figured out. I would have 12 LEDs light up for 5:55 minutes with 4 of them on a random timer to create flicker (lava + furnace). 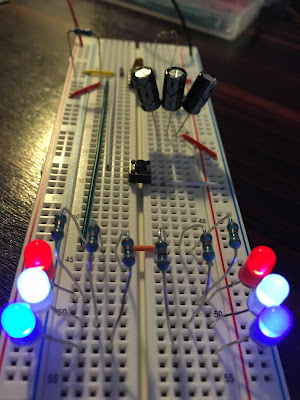 I used some Sparkfun Lilypad LEDs for a couple reasons. The small size. They came with their own resistors. Bright and colorful options. They had other fun components to help drive the twinkling effect. 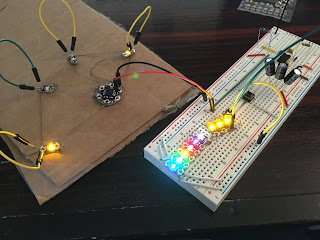 With this prototype built it was time to head to the garage to start the woodworking portion of the exercise.