I took a couple weeks off to get caught up back at home.

While I was away a couple things happened. 1. Sue worked incredibly hard to re-glaze all 7 windows that were salvaged from the barn. 2. A multitude of visitors were given personal tours through the shed. From these tours it was brought to our attention that to our surprise we weren't building a shed at all. As it turns out we were building a cabin!?! 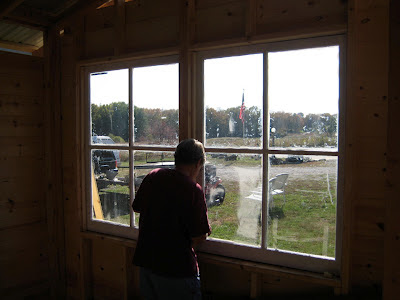 To allow the windows to be removed for any future reasons I created window stops on the inside jambs. These stops were cut from some scrap 1x2's I had left over. After pre-drilling a few holes I set the windows and locked em in place with the stops. Once secured I ran some simple trim work around the inside and outside of the windows. 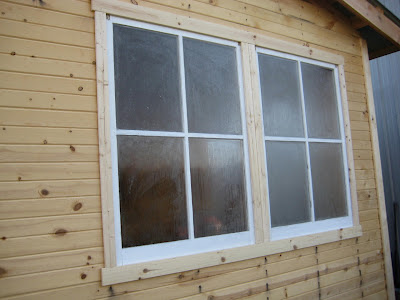 It was nice having the windows installed since the shed was now near weather tight. If I needed to take a break from the strong country winds I had a quiet area to relax. 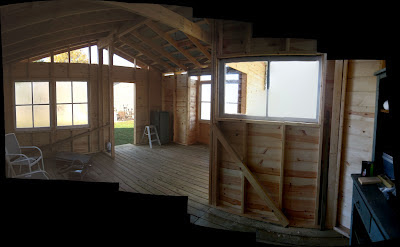 Siding
The girls kept at the siding while I took another week off. The shed's cabin's form really became more pronounced as the final voids were filled in. 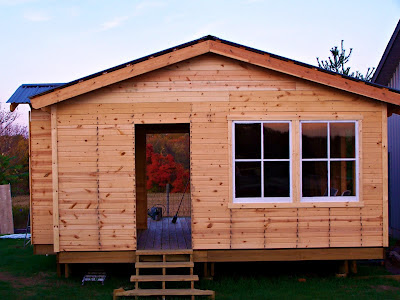 And here is a random picture of Norah watching her daddy hit things with a hammer. That was always good for a few laughs! Not sure why it's funny, but I love it! 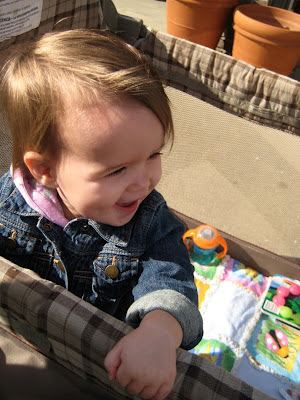