When I stripped the bottom of the kayak there were a few somewhat challenging areas. On the deck I'm finding many more difficult areas, especially when the strips have to bend in multiple direction when twisting to a point. Though once I applied duct tape, clamps, bungees and more clamps I got everything to line up. 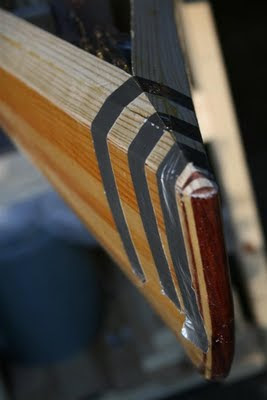 I still hadn't come up with a deck design for the kayak so I just started playing around with some strips. Then I took a hole puncher and moved pieces of paper around the deck trying to find a neat pattern to use. 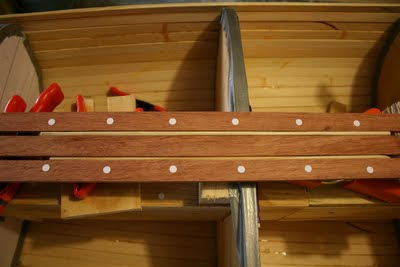 I ripped very thin pieces of pine for the interior strips and used the bubinga around them. I borrowed my friends peg cutter to cut pegs out of scrap pine. The pegs were tapered so I just tapped them into pre-drilled holes and sanded the top flush with the boards. Turned out quite sharp. 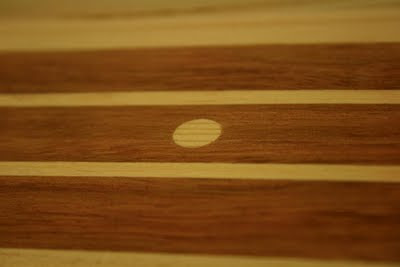 To have greater control over the 'racing stripe' I built two of them on my work bench to ensure they remained straight. 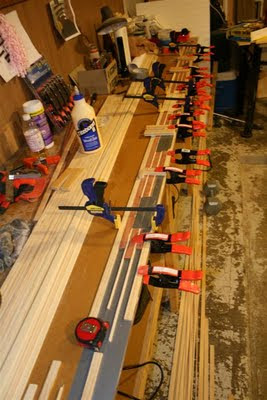 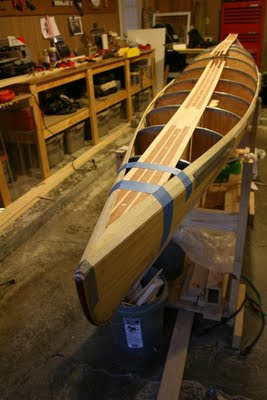 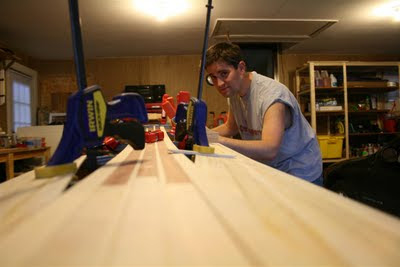 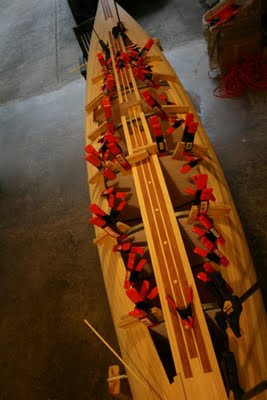 I had placed a larger dark peg in the front where the stripes split. In the back I left it bare pine. I had some lacewood veneer that I want to make a design out of and place here between the breaks. As I prepare to glass the top I placed plastic between the deck and the forms/bottom to prevent the two halves from being joined prematurely. 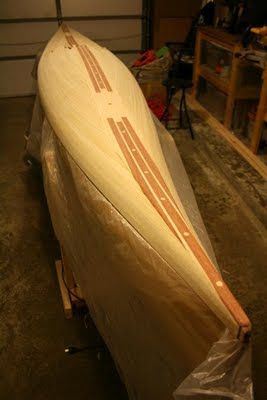 After thinking about it for a couple days I thought it would be appropriate to create a couple feathers for the 'White Loon'. I did a quick sketch and tried to cut the veneer with a sharp x-acto blade. It took 12 times to get 2 feathers without splitting the feathers into little shards. Before glassing I simply glued the feathers down to the deck. When the fiberglass goes on I'll 'feather' the resin around the feathers to smooth it out some. 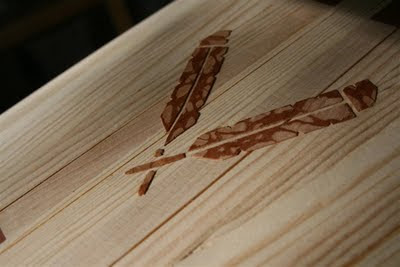